Welcome to the legal blog of Hanes & Bartels.  Posts here will pertain to immigration, intellectual property, real estate, business, and other topical items that the team of Hanes & Bartels handles on a daily basis.

If you have any questions or comments about the information shared here, please don’t hesitate to contact us at 719-260-7900. 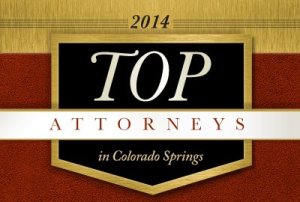 Bishop Castle is just outside of Pueblo Colorado and was built by a single guy, James Bishop, one stone at a time. Construction of the castle began in 1969, when Bishop began construction on a family cottage, which he decided to surround with rocks. Several neighbors noted that the structure looked something like a castle. Bishop took this into consideration and soon began building his castle. He had bought the land when he was fifteen.

Click HERE for the video taken of the castle by the drone.

In June, 2015, Hanes & Bartels, on behalf of the Bishops, filed a complaint in the District Court in El Paso County against David Merrill, a.k.a. David Van Pelt, seeking, among other things, rescission of the deed signed by the Bishops in February, 2015 that purported to convey the Bishop Castle property in Custer County, Colorado to CASTLE CHURCH-For the Redemption of the office Bishop, an alleged trust in which Mr. Merrill had named himself “first Trustee.”

Mr. Merrill failed to file an answer to the Complaint, as required by the Colorado Rules of Civil Procedure.  Instead, he filed a 100-page counterclaim against the Bishops claiming $104,720 in damages from the Bishops.  After analyzing the counterclaim, Hanes & Bartels filed a motion for judgment against Merrill.  Before and since that filing, Mr. Merrill filed a number of additional, voluminous pleadings in the court.

On September 25, 2015, the Court issued an Order of Judgment in which the court found that the allegations of the Complaint were true and that the Bishops were entitled to the relief sought in the Complaint, which included the following:

The case in El Paso County is closed, although Mr. Merrill does have a right to file an appeal.  The Bishops and the Bishop Castle are now in the same position as they were prior to February, 2015.

Hanes & Bartels wants to thank all who have supported and continue to support the Bishops in their quest to regain Bishop Castle.

A famous Colorado landmark is no longer the center of a legal battle. A judge ruled in favor of Jim Bishop, who built Bishop Castle by hand. The castle will be put back into the Bishop’s name and David Merrill is not allowed to have anything to do with it.

“I’m so excited, if you lit me with a match I would explode!” Phoebe Bishop, Jim’s wife, said.

The ruling came after a lengthy legal battle. The Bishops said Merrill tricked them into turning over the deed when Jim became ill.

To read the full story at KRDO, click here.